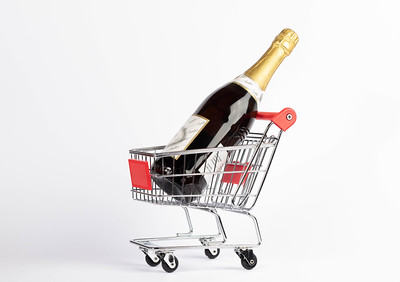 Should Coquitlam allow wine to be sold on grocery store shelves – even if it only applies to one store’s shelves?

That was the question Monday as council eventually voted to advance an application that could allow B.C. wines to sprout on the Save-On-Foods at 3025 Lougheed Highway between Pinetree Way and Westwood Street.

The application still needs to go through a public hearing and win final approval from council before any corks can pop.

Most skeptical was Coun. Craig Hodge – although his reticence was less about alcohol in grocery stores and more about council approving a “one-off” application.

The store is currently under construction. In a certain light, council could be seen as approving the proposal because: “the applicant has a deadline to do a renovation,” Hodge said.

The issue is complicated by the fact that the province “has a freeze on wine-on-the-shelf licences,” explained the city’s development services director Andrew Merrill. If council approves the application, Save-On-Foods would move their liquor licence from West Kelowna to Coquitlam.

“We wanted to respect their application and not burden that applicant with furthering a city-wide amendment,” Merrill said. Letting the store sell wine in Coquitlam could be considered a pilot project, he added.

“A pilot project would suggest that this was a new idea,” Hodge replied. “This has been done in other communities for years now.”

There are ten B.C. municipalities that allow wine to be sold in grocery stores, generally without dire consequences, noted Mayor Richard Stewart.

“I go to the Save-On-Foods in Parksville, the sky doesn’t fall,” he said.

The Save-On-Foods would be about 120 metres from JAK’s Beer Wine Spirits. A B.C. Liquor Store is about 530 metres away from the grocery store.

While the province requires a one-kilometre buffer between liquor stores, that rule doesn’t apply to wine stores, according to a city staff report.

In a previous round of public feedback, 90 percent of respondents supported allowing grocery stores to stock wine. However, more than 100 liquor licence holders voiced concerns about the impact on their businesses.

Letting the store sell wine shouldn’t hurt other liquor retailers, according to a letter from Save-On-Foods director Steve Moriarty.

“In fact, ‘mom and pop’ liquor retailers often benefit from increased foot traffic as a result of their proximity to our stores and overwhelming desire from consumers to consolidate their shopping trips,” Moriarty wrote.

Save-On-Foods is planning to sell B.C. wine including cider, mead and sake but not hard liquor or beer, much to the chagrin of craft brewers.

The BC Craft Brewers Guild has also asked that B.C. craft beer be sold in grocery stores alongside wine.

While the Coquitlam RCMP were supportive of the change, they noted: “there may be the possibility of increased shoplifting.”

Police suggested this could be remedied with on-site private security, according to a city staff report.

Council voted unanimously to send the application to a public hearing.

Jeremy Shepherd is the Managing Editor of the Tri-Cities Dispatch.

No Paywalls – Keep Our Nonprofit Journalism Accessible For All

Enjoyed this story? Become a Dispatcher today to support our nonprofit journalism and ensure our stories stay accessible and available for everyone. Your membership ensures we never need to put up paywalls for our stories

If you support local journalism, contribute whatever you can afford today

The link is now copied to your clipboard.